Thousands of school children across the country learnt a special new tune for Lecha Dodi, composed by Israeli band Shtar. A video recording, featuring the children, went viral with over 70,000 social media views and counting, and the children performed it in their shuls on Friday night, linking local shuls and schools.

Schools across the country took part in a unique, interactive Jewish educational experience, offering primary school pupils an encounter with Shabbat they would never forget. Working in partnership with Tribe, we invited classes of children to enter giant inflatable domes where they were treated to an immersive, 360˚ animated story about the magic of Shabbat, narrated by the Chief Rabbi himself.

This year proved to be another fantastic and popular year for Challah Makes. With over 100 registered Challah Makes and more than 15,000 bakers involved, an estimated 50,000 delicious challahs were made to enjoy over Shabbat meals. A special thanks must go to Mashers from Manchester who acted as a central distributor.

The Inclusive Create and Play with ShabbatUK

ShabbatUK 2019 saw an unprecedented level of charity engagement. An enormous array of events were hosted by a number of charities as the joy of ShabbatUK was spread across all parts of the community.

A huge number of chesed initiatives also took place across the UK, with thousands of special ‘shabbat packs’ delivered to those who were not able to join the communal celebrations and surplus challot delivered to homeless shelters.

ShabbatUK truly lit up the night with communities hosting a range of creative events for Havdalah! There were performances from top Israeli stars such as Gad Elbaz, The Portnoy Brothers and Shtar.

Silent discos, school concerts and the Travelling Chassidim dancing and singing to traditional Jewish music were among the events which saw out another remarkable ShabbatUK experience.

There was incredible engagement with ShabbatUK on campus! Once again, we saw great collaboration between Jewish student societies, University Jewish Chaplaincy, Chabad and Aish UK who all put on fantastic events attracting high numbers of students. Highlights included an enormous Challah Make on campus in the middle of the packed university refectory, Shabbat meals for hundreds of students and even a traditional Black Tie ShabbatUK!

ShabbatUK – Get Involved – You’re All Welcome! 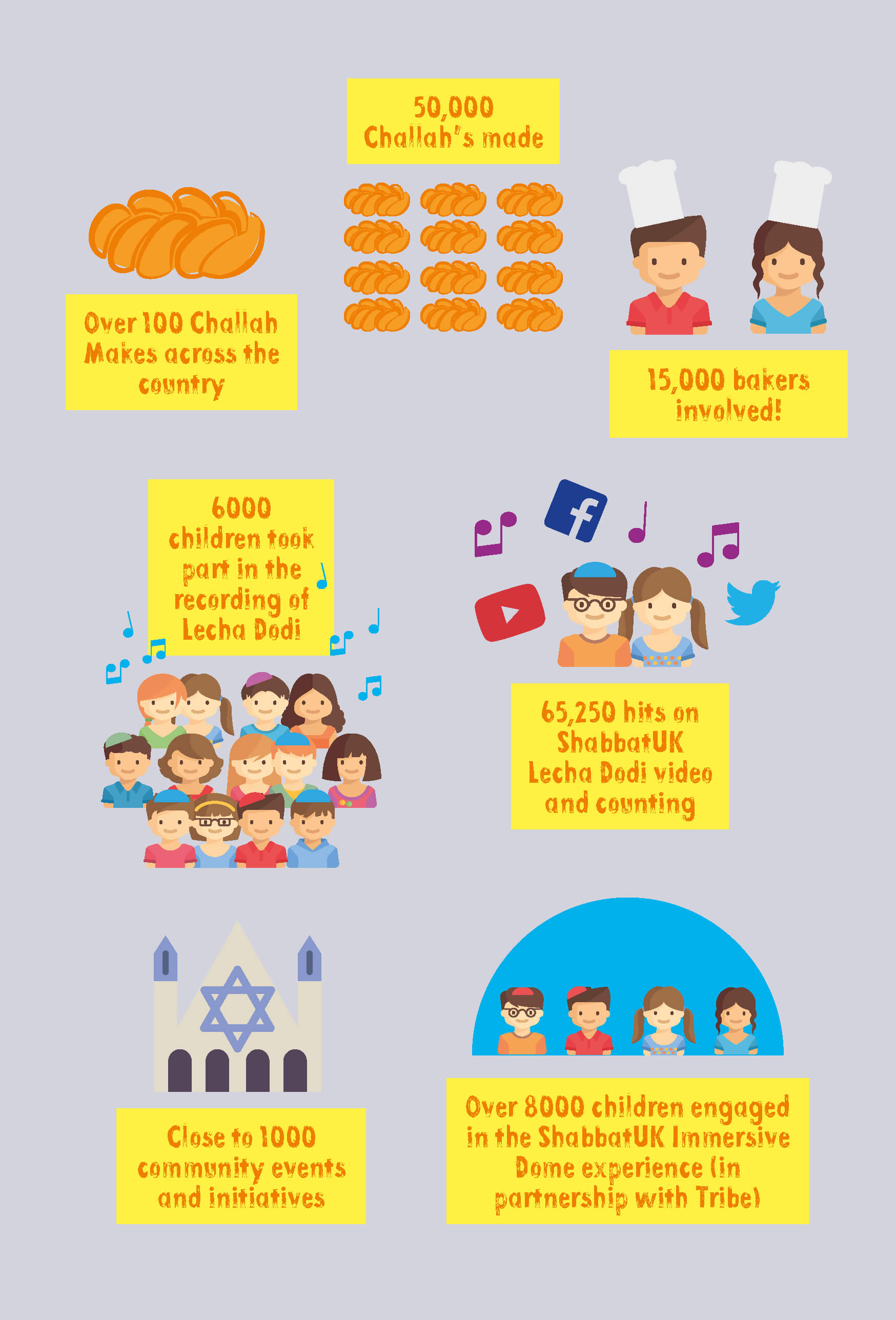